Currently nominated for six Academy Awards, two British Academy of Film and Television Awards, and a laundry list of others, the Clint Eastwood-produced American Sniper is a film we’ve all heard of, no matter if we’ve seen it yet or not. Bradly Cooper is convincing in the lead role as Chris Kyle, the man credited as the most lethal Navy SEAL in American history, and the story feels almost surprisingly relatable, even if you don’t find yourself totally captivated by each and every second of the film. The film begins with Chris Kyle’s first confirmed kill, taking us through a series of flashbacks as we follow the story of his life from early boyhood influence, to manhood in and out of the SEALS.
Much like war itself, the film can’t rightfully be spoken about without addressing the controversy that encircles it. Good or bad, political figures and Hollywood types have both voiced their opinions on the film, and the success of American Sniper may have real life implications in the murder trial surrounding Kyle’s death, according to The Hollywood Reporter. Also like the controversy that surrounds war itself, the topics involved in making this movie controversial create tricky ground to tread on. 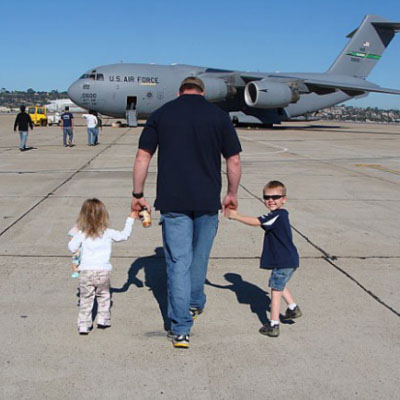 In the film we see Kyle being questioned about his motives for even serving in the military by Taya, the woman who would go on to be his wife and the mother of his children and who is portrayed in the film by actress Sienna Miller. In this way, American Sniper does not neglect the more skeptical audience members, although this has done little to stop any negative criticism, however the multiple nominations the film has received might serve as a means to silence those negative critiques.

Seeing the film for yourself is crucial if you’re going to construct for yourself a reason why it is or isn’t deserving of the negative criticisms or even the recognition, and admiration it has received. Regardless of what you take away from the film, we can all agree that joining and serving in the military ultimately means providing a service. The service provided by those who serve in the military affects us all, and viewed in the purest light, members of the U.S. military can be seen as individuals who come together as one and hold the obligation of protecting citizens of this country above all else.
Chris Kyle didn’t die on the field, he died at a gun range while assisting another veteran who was suffering from PTSD. Commitment to fellow Americans is portrayed as Kyle’s biggest motivation throughout the film, and if you take anything from it, goodwill and service to your fellowman should be it. Empowering wounded warriors with opportunities for economic empowerment and engagement with other veterans, as well as helping to heal both their minds and bodies is the driving force behind The Wounded Warrior Project. You can donate in honor of a veteran you know, and also sign up to make monthly donations through the Wounded Warrior Project’s website. Find more information helpful to both veterans and those looking to support this veteran’s support charity today.

In 2008, I launched AskMissA.com which grew from my personal blog into a site with 700 writers, covering the intersection of charity & lifestyle in 20 U.S. cities. With Charity + Life, I am going back to a personal blog where I can share my favorite things, and continue to shine a light on nonprofits, and cause marketing campaigns to inspire others to give as they live.

Previous Article
Aeropostale Partners With DoSomething.org For Teens for Jeans Campaign
Next Article
Usher’s New Look Charity Partners With Scolastic To Elevate Importance Of Reading And Provide 100,000 Books To Kids